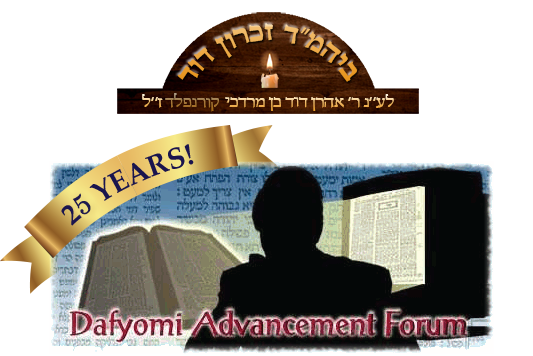 The Internet Center
for the Study of Talmud

brought to you by Kollel Iyun Hadaf

Links to the Rest of

D.A.F. is grateful to the following for their generous grants towards the site's programming & design:
Mrs. G. Kornfeld, Shmuel Kovacs, Asher Schoor
The Estate Distribution Fund of the Gov't of Israel
Subscribe